The great speed with which information is circulating, especially on the Internet, is one of the reasons why the truthfulness of the news is questioned, which in true journalism is cultivated and preserved with great precision. With the addition of a large number of internet platforms running just after the news coverage, the credibility and level of newsworthiness has fallen. The information we review is an example of how the news does not happen.

Link to article: DEMANT for the published rating agency rating

In the text we are reviewing, a very common fact or problem of some media in North Macedonia, whether traditional media or new internet media, has come to light. Most are plagued by false news, which they publish with or without awareness.

The portal has previously published a text referring to an agency that allegedly conducted a survey of the level of sympathy of political parties in northern Macedonia, which led the opposition Alliance for Albanians to the front of the DUI.

The information has been published by not linking to the original research, and without any evidence of the truthfulness and existence of the research. But after seeing the mistake, he later attempted to alleviate the consequences of the false news he had published.

Therefore, he also published the denial issued by the agency that she did not do any such research, though half, without translation, thus deleting the previous false news for the survey.

The portal has published the original demo in its entirety in the Macedonian language and has also placed the link of the false news it had previously published, but if you click on it you can not find the fake text after it has been deleted.

Media have a responsibility in front of citizens, make “a crime” when they inform false

Media should be clear that they hold a tremendous responsibility to readers. It is unacceptable to inform them incorrectly, or even worse, to report false news. If unintentional mistakes are made, apology should be sought.
The denial can not reach all readers who have read the false news before, so this harm is irreparable.

“Mate three times hit once,” this should serve as a lecture throughout the professional career as a journalist.

For readers: Search the source of the news poll linked to the link that leads to the survey

You readers always keep their eyes open if the news they serve has enough arguments, facts and hyperlinks that support what you write the medium from which you are informed. Especially when it comes to surveys. You should always forward the main source of the survey, with an adequate link, so that you can make a judgment yourself on what results the survey has produced. 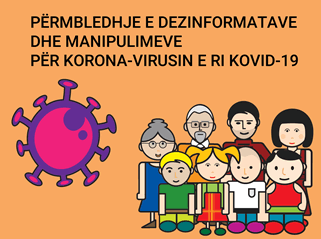